Happiful – Recovering From My Grief Helped Me Heal My Anxiety & Depression 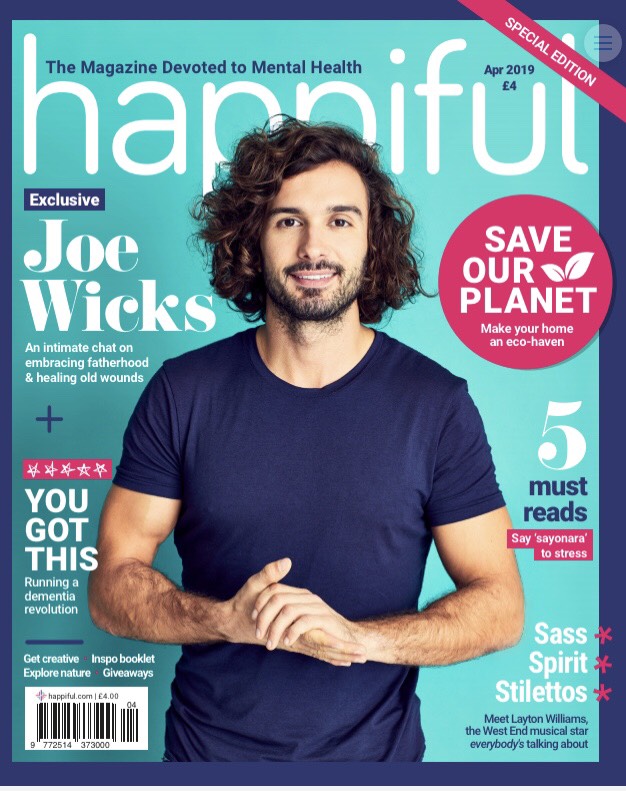 One minute I was having a lovely meal with my new husband and friends and the next I was lying in a hospital bed convinced I was going to die. My heart was racing, the world felt like an alien place, I was restless and petrified, I couldn’t breathe, I wanted to run away from myself. Nothing anyone was saying to me was making sense or making a difference. I felt as if I was under water – I just wanted it to stop. This was my first panic attack.

Looking back now I can see I had suffered with undiagnosed depression since I was a teenager. I had lost my Mum in 1990, at the age of 13, but then I had managed to carry on as if everything was normal, or pretended that it was. In actual fact feeling sad and low for days on end became normal. But none of this now, laying in a hospital bed having a panic attack, made any sense. Everything was so good in my life now. I’d married my best friend and had a wonderful job.

It was when I went to university in 1995, that I had really first started to struggle. I had felt so triumphant, getting to university. Despite all I had gone through after my Mum had died. With the help of my amazing teachers, helping me to balance household chores and an A’ level timetable, here I was at University free to enjoy all the freedom and fun that I wanted.

The first month or so was fine, but then all I was able to do was go to lectures and withdraw from everything social. I thought this was because I was missing home and as I was so used to having all my family around me all the time. Things became really bleak and I spent a lot of time crying and in my dressing gown. I felt sad all the time, I couldn’t eat and felt totally invisible.

I remember my sister being visibly shocked at my thin frame when I went home for the weekend. I just pretended I was having so much fun that I didn’t have time to eat. It felt like failure to tell her how things really were.

After miraculously getting my degree I became caught up in the whirlwind of a big Indian wedding in 1998, which lasted for three weeks! We were then on honeymoon for four weeks. To the outsider it was the stuff dreams were made of, but looking back I clearly remember a sense of detachment, almost of me looking in on someone else’s life. Feelings of dread frequently surfacing and the constant worry that something bad will happen.

That first panic attack in 1999, the first of many,  was utterly terrifying. It made no sense to me. I was deeply in love and finally happy with how my life was going. We were dining in a lovely restaurant in the famous St Katherine’s Dock in London, with two of our good friends. Initially I had just started to feel uneasy and excused myself to go to the Ladies. The feeling of ‘uneasiness’ persisted and I then couldn’t focus on what people were saying at the table, I had the strangest feeling that I was almost out of my body. I thought fresh air would help and so stepped outside. My legs became totally weak, unable to hold me up and my husband found me sitting on the floor, slumped  against a brick wall trying to get air into my legs which felt like it just wasn’t happening fast enough. I was terrified at how fast my heart was pounding and I was gasping for air, eventually I passed out. The hospital told me that I had experienced a panic attack, and assured me that I wasn’t dying!

This is when Homeopathy entered my life. It really helped by giving me something acute to deal with the panic attacks until they eventually went.

But I was still unable to understand why, almost eight years later,  I couldn’t experience joy properly, after all I had so much to be happy about. I felt sad, depressed, lacked energy and confidence and I didn’t know why. Everything was so good in my life now, it was 2007, I had two beautiful boys and I had spent three years retraining as a homeopath.

The day had come when we were graduating Homeopathy college in the summer of 2008, and we had all been asked to make a speech before receiving our Licenciates. On getting onto the stage, I thanked my family for being there, I then mentioned my Mum (who had died over 18 years ago at this point) I became a blubbering embarrassing mess and couldn’t say much more. Later that afternoon a colleague and friend pulled me aside. She told me she believed I was still consumed with grief and that she felt I needed to go through a grief coaching programme.

Now I had been to see counsellors, CBT practitioners, hypnotherapists (all I had benefited from), but had never heard of grief coaching. My initial thoughts were, ‘that was all so long ago,’ ‘I’ve dealt with that’ and ‘not another thing to do!’ However I decided to give it a go and had no idea how it would change my life.

Grief coaching helped me to breathe again. It helped me to see how the grief of losing my Mother and all the other accumulated losses over the years had caused my depression, anxiety, panic attacks, sadness and loss of confidence.

It showed me how loss and grief layer up over the years, and how unresolved loss and grief can have debilitating effects on your emotional, physical and spiritual health.

Grief coaching healed me, real deep healing. It has given me a set of tools to draw on to deal with any loss and grief I feel now. It enable me to first identify each one of my losses and then attend to every one of them in a safe and structured way. It helped me to understand that my loss and grief was about so many things including the loss of my Mother, my miscarriage and being deeply betrayed by one of my best friends. Unresolved grief accumulates, and mind and body cannot be separated. I have learned that all losses need to be given the respect they deserve and need to be dealt with in the unique way that grief coaching offers.

Today I am happy to say that I don’t suffer with panic attacks any more. I am deeply respectful of my feelings and never ignore myself. I am more confident, at peace and more optimistic than ever, I have broken free from the prison grief keeps you in.

These days I am very proud to say that I am a qualified  Homeopath, Grief Coach and Life Coach. I help people who suffer with depression, anxiety, grief and panic attacks.

It’s a total privilege to be able to offer hope and healing to people who are in this dark place, and it never ceases to amaze me just how many people are suffering in silence. Not knowing that the way they are feeling doesn’t have to be their reality. I’m living proof of that!

Thank you for reading.